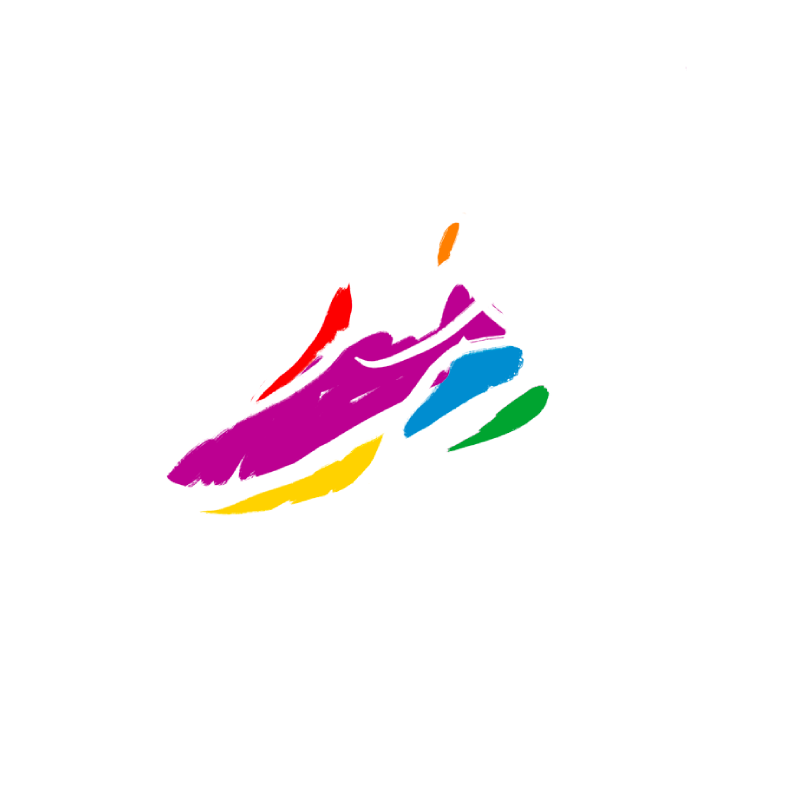 1. CONTEST PERIOD. The Contest commences on November 30 th , 2021 and ends at 11:59 p.m. on December 6 th , 2021 (the “Contest Period”). The Contest is in support of The Hospital for Sick Children Foundation ("SickKids Foundation" or the “Contest Sponsor”) who is running a contest to raise money for paedatric health research across Canada.

2. ELIGIBILITY. The Contest is intended for registered participants of The Million Reasons Run event, which is being held throughout May 2022 (the “Event”). The Contest is open to all legal residents of Canada, who are at least 13 years of age. Entrants below the age of 13 are eligible provided that such entrants have permission of a parent or legal guardian to enter the Contest and the parent or legal guardian must declare that the minor entrant has complied with the Rules.

SickKids Foundation staff, board members, and volunteers directly involved in the conduct of the Contest are prohibited from entering the Contest or being declared the winner of the Prize.

3. HOW TO ENTER. No purchase necessary. An individual that registered for the Event within the Contest Period will automatically receive 1 ballot entry into the draw for the Prize (as defined below). Entries are limited to one (1) per person. There is no fee required to register for the Event.

By entering this Contest, participants acknowledge that they have read and understand the Rules and accept and agree to be bound by these Rules, including eligibility requirements, and the decisions of the Contest. Sponsor are final, binding and conclusive on all matters relative to this Contest.

PRIZE. The prize is one (1) of five (5) Saucony.ca promo codes to redeem a pair of running shoes valued up to $200 each (the “promo code”). The promo code expires on December 31, 2021 and can only be redeemed online at Saucony.ca. The Prize is non-transferable and must be accepted as awarded, as there will be no substitutions and no cash equivalent. The Contest Sponsor reserves the right, in its sole discretion, to substitute a prize of equal or greater value.

4. DRAW. There will be five (5) draws, which will take place on December 7th at The Hospital for Sick Children Foundation, 525 University Ave., Suite 835, Toronto ON M5G 2L3 at approximately 9:00 a.m. EST. Eligible entrants will be selected by random draw from among the eligible entries received during the Contest Period. After the draw, the winner will be recorded and contacted by the email address or telephone number provided during the Event registration process.

Odds of being selected depend on the total number of eligible entries received during the Contest Period.

Before being declared a winner, the selected entrant must correctly answer, unaided, a mathematical skill-testing question and complete, sign and return a declaration and release form (and any other documents, as applicable) within two (2) days of being the selected entrant (the “Prize Claim Date”). The Prize must be claimed by the Prize Claim Date.

If a selected entrant cannot be reached within two (2) days of being selected for a prize, is not in compliance with these Contest Rules, incorrectly answers the skill-testing question, declines the Prize as awarded, or fails to return the declaration and release form (and any other documents, as applicable) by the Prize Claim Date, the Prize may be forfeited to the Contest Sponsor and Contest Sponsor reserves the right, in its sole discretion, to randomly select an alternate eligible entrant from among the remaining eligible entries. Prize will be awarded upon receipt of the properly completed and executed declaration and release form and verification of Prize winner’s identity. A selected entrant may be required to provide photo identification, their occupation and employer in order to substantiate their eligibility.

6. No communications will be entered except with selected entrants.

7. All entries become the property of the Contest Sponsor. Any entry that is illegible, incomplete, altered, or contains false information, is invalid. Contest Sponsor is not responsible for lost, stolen, delayed, damaged or misdirected claims or entries or for any problems or technical malfunction of any internet or telephone network or transmission during the Contest Period. The Contest Sponsor is not responsible for any errors or omissions with respect to the printing or advertising of this Contest and reserves the right to withdraw, amend or cancel this Contest in the event of a printing or administrative error.

8. The Contest Sponsor may, at their sole discretion and without liability, terminate the Contest in whole or in part, without notice, or modify or suspend the Contest at any time, if fraud, technical failures including any network server or hardware failure, viruses, bugs, errors in programming, or communications or any other errors or other causes beyond the control of the Contest Sponsor corrupt the administration, integrity or security of the Contest or if any other factor interferes with the conduct of this Contest as contemplated by these Rules.

9.The Contest Sponsor accepts no responsibility for loss, damage or claims caused by the awarded Prize or the Contest itself. By entering, entrant releases and holds harmless Contest Sponsor, The Hospital for Sick Children, the Prize providers and all their respective directors, officers, members, employees, agents, successors and assigns (the “Contest Group”) from any and all liability for any injuries, loss or damage of any kind arising from or in connection with the Contest or any Prize won.

11. By entering this Contest, each entrant consents to the Contest Sponsor’s use, should the entrant become a winner, of the entrant`s name, place of residence and photograph or other likeness, without further compensation or notice, for publicity, advertising or informational purposes in any media or format (including the Internet) in connection with this Contest or future similar Contests.

12. For the purposes of these Contest Rules, the entrant is the person whose personal information is printed on the entry form when submitted during the Event registration period. It is to this person that the mathematical skill-testing question will be asked, and the Prize awarded if selected and declared a winner.

13. Unless entrants otherwise indicate, the personal information gathered about entrants in the course of this Contest will be used by the Contest Sponsor for the administration of the Contest, fundraising, the administration of donations, providing information about the activities of SickKids Foundation and The Hospital For Sick Children, to comply with legal and regulatory requirements and to ask for support in our mission to improve children's health. Each potential winner agrees to the use of his/her name, comments, photograph, and other likeness for publicity purposes, and grants to the Contest Group any and all rights to said use without further compensation.

14.The Contest Sponsor shall not be responsible for any damages for a failure to operate the Contest in accordance with these Contest Rules in any case where their incapacity to act results from circumstances or a situation beyond their reasonable control or because of a strike, lock-out or any other labour dispute in their company or those of businesses which services are used for holding this Contest, war, riot, insurrection, earthquake, terrorism, civil commotion, fire, power outage, internet service interruption, flood, accident, storm or any other act of nature.

15. These Contest Rules and the rights and obligations and relations of the parties hereto shall be governed by and construed in accordance with the laws of the Province of Ontario and the federal laws of Canada applicable therein. Each party hereto does hereby attorn to the jurisdiction of the Courts of the Province of Ontario. In the case of Quebec residents only, any litigation respecting the conduct or organization of a publicity contest may be submitted to the Régie des alcools, des courses et des jeux for a ruling. Any litigation respecting the awarding of a prize may be submitted to the board only for the purpose of helping the parties reach a settlement.

16. The invalidity or unenforceability of any provision of these Contest rules shall not affect the validity or enforceability of any other provision. In the event that any provision is determined to be invalid or otherwise unenforceable or illegal, these Contest rules shall otherwise remain in effect and shall be construed in accordance with their terms as if the invalid or illegal provision were not contained herein. 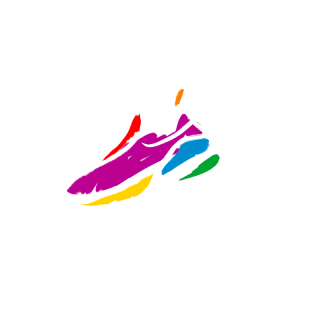 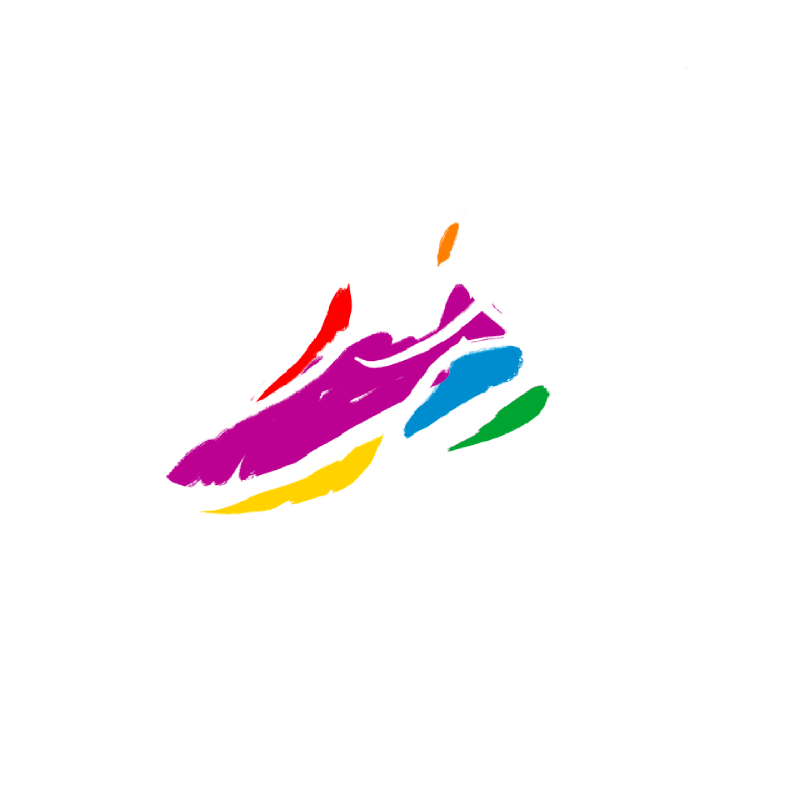